What Is A Hyperloop And How Will It Change The World?

No matter who you are, no matter where you’re from, traffic snarls are irritating. Some people need to face hours of traffic every day, now that’s something no one likes to start their day with; or end it. Now, imagine a world where traffic is no longer an issue, a world where you could travel hundreds of kilometres in a matter of minutes. What are we talking about?  Let us introduce you to what has been called the “fifth mode of transport”, the Hyperloop.

What is the Hyperloop? 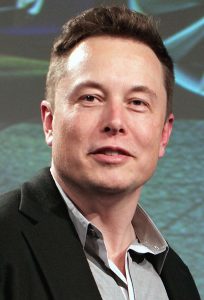 By Steve Jurvetson [CC BY 2.0], via Wikimedia Commons

The concept was first proposed by Elon Musk, CEO of Tesla and the aerospace firm SpaceX, and the king of futuristic innovation. He made it in reaction to the California High-Speed Rail System which consists of a bullet train system which he feels is lacklustre.

Hyperloop one, the company that is working to commercialize the Hyperloop for moving passengers, has said that the first Hyperloop will consist of two massive tubes which extend from San Francisco to Los Angeles. Pods will carry passengers through tubes at over 700 mph. The entire system will use magnetic accelerators planted along the length of the tubes to propel the pods. The tubes themselves would house a low pressure environment, surrounding the pod with a cushion of air, allowing it to move safely at high speeds.

AECOM, the engineering firm that is working on building the Hyperloop infrastructure, has said that this could be the first tangible step towards a new era of mass transportation.

Although the technology is currently being developed and built exclusively in America, if it is a commercial success then we can expect to see hyperloops popping up all over the world.

The future is closer than you think!

How could it change transport as we know it 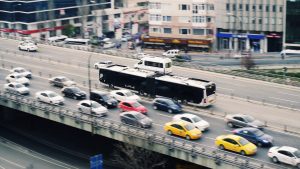 People may live further away

With the ability to travel hundreds of kilometres in minutes, people may choose to live further away from their place of work since they will be able to reach their workplace so quickly. The relationship between time and distance will fade.

It will be more efficient

The idea is that Hyperloop stations will be placed in the middle of cities so that there’s no annoying commute to the airport like hubs outside metropolitan areas.

Hyperloop one is working on a streamlined autonomous ticketing system so that queues are a thing of the past. We don’t know how exactly it will work, but Hyperloop co-founder Brogan BamBrogan has stated that part of the process could be through your smartphone.

It would be affordable

Hyperloop one is working towards making any Hyperloop form of transportation to be low cost. The goal is to make the Hyperloop inexpensive, relative to most other forms of public transport. Elon Musk suggested that a one way ticket would cost $20 when he first proposed the Hyperloop system.

So will Hyperloop be the start of a new technology and transportation revolution or will it end up being just another pipe dream? Whatever the case may be, we can say one thing for sure, and that is that the future holds tremendous promise and we can’t wait to see what it has to offer!